In South Asia in the 1990s and India in the 2010s, the Korean wave first emerged. Since then, the importance of the Korean language in India's economic and entertainment industries has increased. The growing professional options have elevated the Korean language to one of India's most popular foreign tongues, along with the "K-pop and K-drama" boom. If you're seeking for top-notch Korean institute in Andheri, Mumbai, which is home to several foreign language schools, is the ideal starting point. 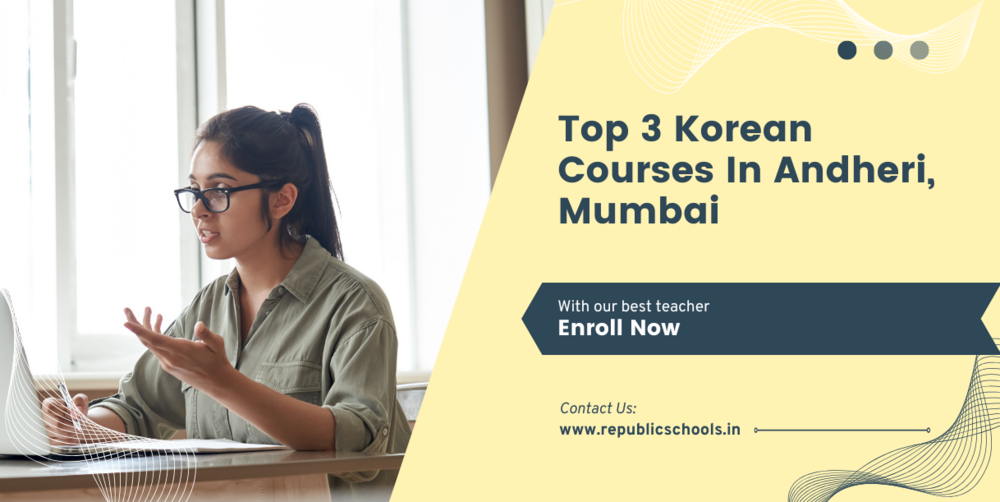 Let’s have a look at Korean

Being multilingual or learning different languages has many benefits. It is becoming more and clearer that learning a second language is advantageous for numerous reasons as a result of the expanding economy and globalization. Korean is one of the most practical foreign languages you can learn. You may reach 78 million people worldwide by learning Korean. The 18th most spoken language in the world is Korean. There are hundreds of thousands of Korean speakers in countries including Japan, China, Russia, Canada, Brazil, and the United States, however south and North Korea are home to the bulk of native speakers. It is a wonderful experience in and of itself to learn the Korean script. The Korean alphabet, Hangul, did not develop in the same way as other alphabets. It was carefully constructed. And it was designed to be easy and uncomplicated. Travelers from all over the world are drawn to South Korea by its enigmatic beauty and exotic charm. And in this case, knowing Korean will be the icing on the cake.

Republic School of Languages and Training (ReSOLT) is one of the best institutes that offer Korean Language Courses in Mumbai. Apart from Korean courses, this institute also offers other programs such as corporate training, exam preparation, translation services, etc. It offers both online and offline training with trainers around the world. The fee for the courses is included with study materials as well.

The Cambridge Institute is a specialized language school that provides reading, writing, listening, and speaking classes in several different languages (both online and offline). One of the best Korean language courses in Mumbai is offered by Cambridge. Accordingly, this institute uses cutting-edge teaching methods and top-notch facilities to prepare its students for the global exam known as the TOPIK-Test Of Proficiency in Korean.

The 18th most spoken language in the world, Korean has over 75 million native speakers. South Korea is a stunning and vibrant nation with amazing landscapes, and it also has the 13th largest economy in the world. You may speak with 75 million individuals in a variety of nations, including India, China, Russia, the USA, and many others, by learning Korean.

2. Korean Is Very Easy To Learn

Learning Korean is actually much simpler than you might imagine. Its 24 letters—14 consonants and 10 vowels—are phonetically spelt. It only takes a couple of hours to learn. Every character is made up of both circular and straight lines. Compared to learning Japanese and Chinese, learning Korean (Hangul) is incredibly simple and enjoyable (Mandarin).

Entrepreneurs and working professionals from all over the world are interested in South Korea because it has the sixth-largest export market and the 13th-largest economy in the world. Your company may benefit greatly from learning Korean. Thousands of major and mid-sized businesses from around the world are actively conducting business in Korea. So, by communicating with Koreans in their own language, you have a fantastic potential to grow your business. Apart from that, a few of the nation's top brands with operations in numerous nations include Samsung, Kia, Hyundai, LG, and Lotte. Having Korean on your resume can help you stand out from the crowd and give you a big competitive edge.

One of the reasons people are learning Korean is due to K-pop music, Korean dramas, and Squid Game. Furthermore, learning the Korean language offers you access to a rich and ancient culture that goes far beyond music and dramas and enables you to delve deeply into Korean history. You can also access everything produced in Korea, including its films, graphic novels, video games, books, animated television programs, etc.

5. Make Your Trip To Korea Unforgettable

The idea of being able to visit lovely locations without making a dent in your money account is another excellent reason to learn Korean. Millions of people visit the magnificent nation of Korea each year. By studying Korean, you may make your trip to Korea one to remember. Apart from that, learning Korean has a lot of other advantages. Therefore, knowing Korean and being able to interact well with natives is quite a feat.